The Dunbar Area Christian Youth Project (DACYP) was set up as a charitable trust in 2004 by local Churches to share the Christian faith and engage with the young people in the Dunbar area.  DACYP now has the support of most of the local churches  and partners with them in engaging with the young folk of our area.

… read the full article here   - What is DACYP?

As people around the world remembered & marked the 100th anniversary of the outbreak of World War I, here in Dunbar the project used this to help young people reflect on the peace of God & to remember the sacrifices others have made.

With regular images of war hitting our television screens, young people are all too familiar with need for peace in our world. On a personal level, several of them will have seen relationships at home or amongst friends ruined by selfish behaviour & the inability of people to forgive each other. Like most of us, peace is something young people cherish so it is no surprise that they fully engaged in some of the activities the project ran on this theme.

- Bible Brainiacs used Armistice Day to put on a selection of interactive stations for others to use. A fabulous display of poppies, each with personal prayers for peace written on them was on show in the school foyer.

- The Friday Kids Club focussed on the sacrifices others made. Some of the older boys have family connected to the military & seafaring. They too made their own poppies & laid them on the grave of the Unknown Sailor at the graveyard. It was a special time for them as they learnt more about this man.

- The children at the club created a poppy wreath. This was included in the Remembrance Day ceremony at the Dunbar War Memorial. 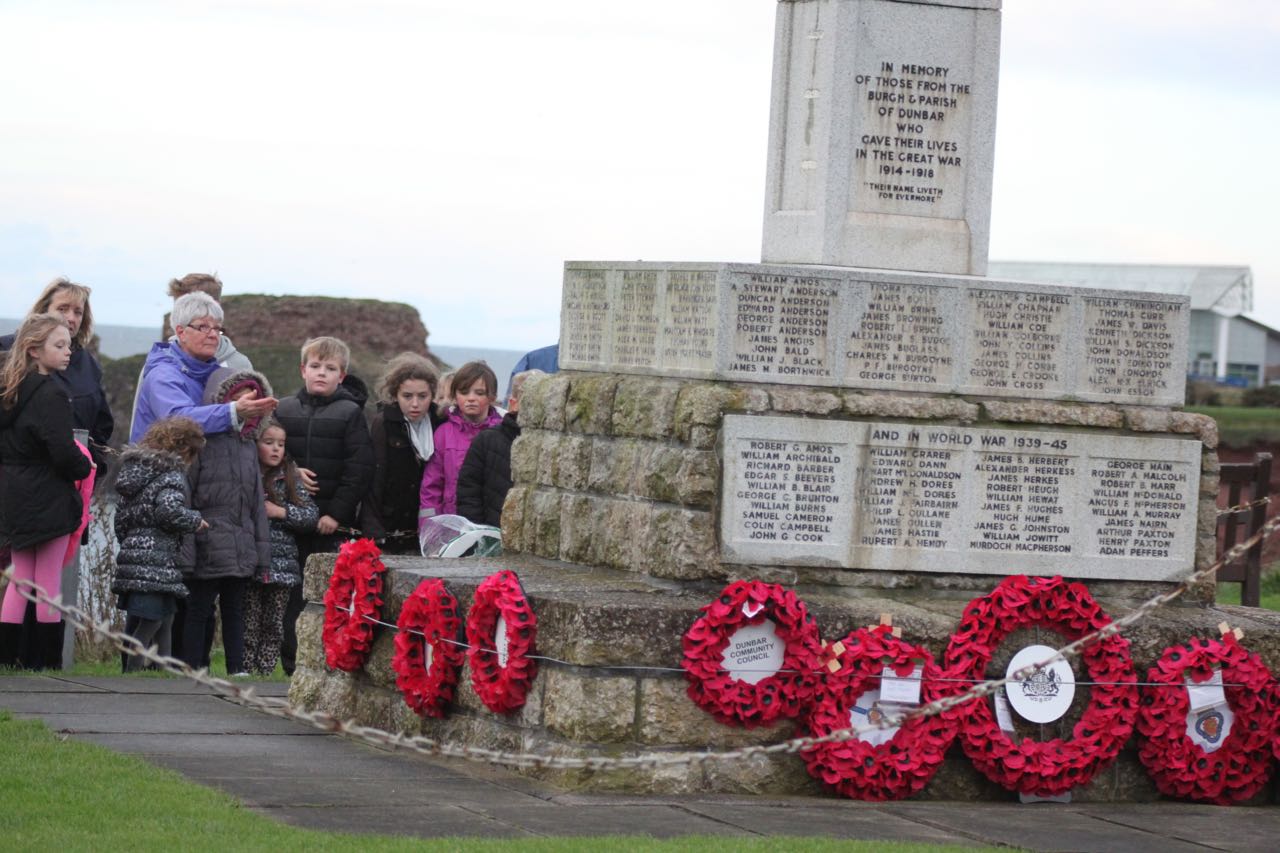